“The action needed is still nowhere in sight…We are speeding in the wrong direction” said Greta Thunberg in a video shared with Guardian News just before the recent UN Climate Ambition Summit during which world leaders were asked to step up their climate ambition by increasing their 2030 emission-reduction targets.

Global temperatures are already 1.2°C above pre-industrial levels writes Bloomberg Green and “2020 is on track to be one of the three warmest years on record…this decade will be the hottest on record, with the warmest six years all happening since 2015, according to the World Meteorological Organization’s [WMO] State of the Global Climate 2020 report.” 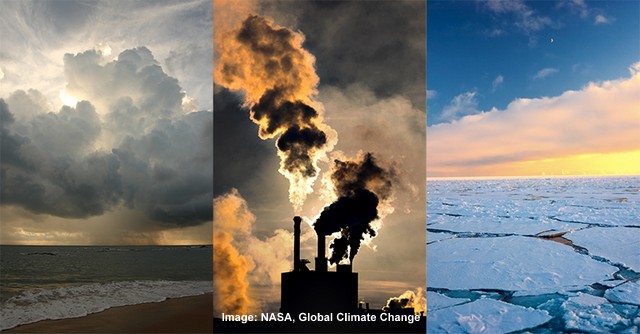 The 2020 WMO Report paints a gloomy picture of the world’s climate; it “describes continued deterioration on all fronts” with climate change continuing its unrelenting and seemingly unstoppable march to a world 3-4 degrees Celsius warmer than pre-industrial times.

12 major impacts: (sourced from the State of the Global Climate 2020 report)

Greenhouse Gases. Concentrations of the major greenhouse gases, CO2, CH4, and N2O, continued to increase in 2019 and 2020.

Global Heating. Global mean temperature in 2020 is on course to be one of the three warmest on record. The past six years, including 2020, are likely to be the six warmest years on record.

Rising Seas. Sea level has increased throughout the altimeter record, but recently sea level has risen at a higher rate due partly to increased melting of ice sheets in Greenland and Antarctica.

Ocean Heating. 2019 saw the highest ocean heat content on record and the rate of warming over the past decade was higher than the long-term average.

Arctic Sea Ice. In the Arctic, the annual minimum sea-ice extent was the second lowest on record.

Greenland Ice. In total, approximately 152 Gt of ice were lost from the ice sheet between September 2019 and August 2020.

Rain and Flooding. Heavy rain and extensive flooding occurred over large parts of Africa and Asia in 2020 — Sahel, Greater Horn of Africa, India, China, Korea and Japan, and parts of southeast Asia at various times of the year.

Other Tropical Storms. Tropical storm activity in other basins was near or below the long term mean, although there were severe impacts.

Severe Drought. Severe drought affected interior South America in 2020 — Argentina, Paraguay and Brazil. Estimated agricultural losses were near US$3 billion in Brazil with additional losses in Argentina, Uruguay and Paraguay.

Speeding in the wrong direction

After the recent release of the provisional State of the Global Climate 2020 report, UN Secretary General Antonio Guterres was quick to warn the world about the need to step up global efforts to reign in greenhouse gas emissions which are driving the heating of the planet. “To put simply, the state of the climate is broken…Humanity is waging war on nature and this is suicidal—nature always strikes back and it is already doing so,’ said Guterres.

In the following video, Greta Thunberg notes that the world is failing to tackle the climate emergency and is in a ‘state of complete denial’ nearly five years after the Paris agreement.

She’s inviting viewers to be part of the solution.

“This is the solution. We are the hope. We the people.”